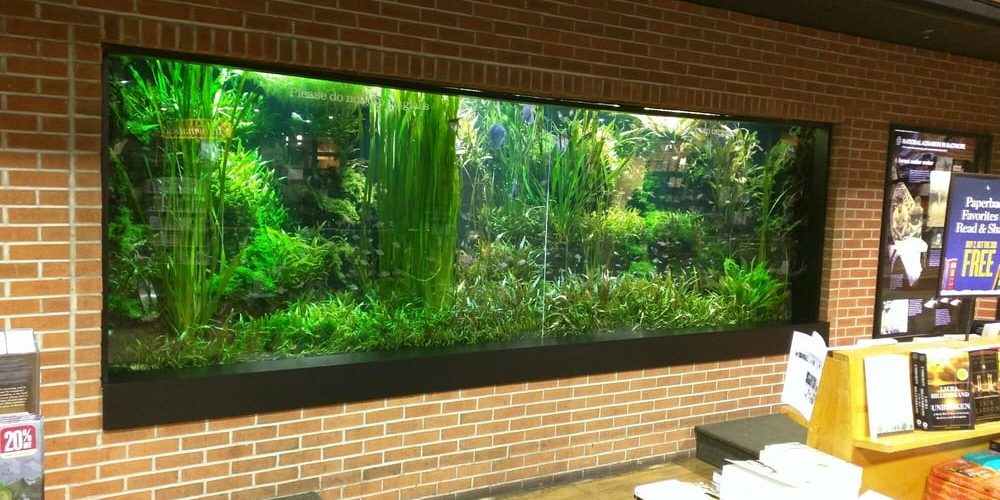 I wouldn’t ordinarily mourn the loss of a big box chain store, but the August 2020 closing of the iconic Barnes and Noble bookstore in Baltimore’s Inner Harbor is a blow that transcends the physical space it inhabited.

The bookstore was located inside the Pratt Street Power Plant building, built between 1900 and 1909. The Power Plant, which served as the main source of power for the city of Baltimore and its transportation system, was repurposed as an entertainment center beginning the 1980s, part of a dramatic revitalization of the previously industrial waterfront.

The multilevel store, opened in 1998, was unlike any Barnes and Noble I’d ever seen. Shelves and displays weaved around nooks and crannies—and smokestacks—legacies of the space’s power plant incarnation. A surprising twist to the bookstore plot awaited those visitors who ventured up the escalator to the second floor—where they encountered a breathtaking jumbo fish tank managed by the nearby National Aquarium.

The fish tank was the first to go, a casualty of cost cutting a few years ago.  Now the entire bookstore has sunk.

In a statement, Barnes & Noble expressed regrets about the store closure, noting that “it has been a privilege to run it as one of the most distinctive bookstores of the United States, but these very attributes now make it extraordinarily expensive both to run and to maintain.”

Yet this wasn’t just another big box store. It represented the record store we used to hang out at and mingle in before we could stream music into the seclusion of our ear buds. It was the video store where we might stumble on an obscure title recommended by an eccentric aficionado before we could effortlessly stream movies on our personal devices.  In other words, it was a place of living, breathing discovery into the world of books (and fish) in a unique setting. It was a place where we could connect, more than virtually.

There are several nearby independent bookstores worthy of our patronage, and there are still many vibrant options for exploring and gathering along the Inner Harbor and beyond.

But this loss will be hard to absorb. A glorious chapter is closed.  And the power is now out.